Do you want to talk to us? 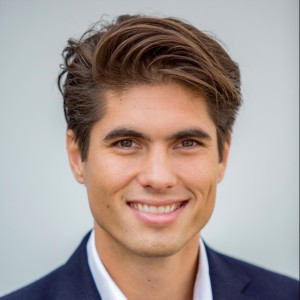 The popular notes and collaboration tool Notion.so is unable to continue its services in China.

Notion is a four year old company, based out of the USA. With an ever growing customer base, it is the most <promising> non-corporate competitor to Evernote and Microsoft OneNote.

The main reason why Notion‘s servers have apparently been blocked in China is that it allows content to be published on the web, without prior governmental consent.

Users are able to publish notes and open databases to the web, with relative ease.

It is not up to us to judge whether or not this should be altered. We do not know what type of contents have been shared through the notes taking tool in China.

Yet, in light of freedom of the freedom of speech we value highly in the western world, the blockage came as a surprise.

How we use Notion at GANDT Ventures

We have been experimenting with Notion as an alternative to Evernote for quite some time. The most interesting part about the tool is the ability to create data bases out of any table.

This makes it a tool that can be used as a small CRM or for project management purposes.

The main reason we have not implemented it company-wide is the lack of offline support. Notion only works when the user has a running internet connection. Whereas pages are cached locally to allow for „offline“ work, it is not a tool that can be used on the road.

We will continue to explore the possibilities of using Notion.so, though.

Just before its ban in China, Notion surged on May 21 to become the most-downloaded productivity app in the domestic Android stores, according to third-party data from App Annie.

The sudden rise followed on the heel of its decision to make its core feature free for individual users.

It also appears to be linked to its Chinese copycat Hanzhou (寒舟), which stirred up controversy within the developer community over its striking resemblance to Notion.

In an apologetic post published on May 22, Xu Haihao, the brain behind Hanzhou and a former employee of ByteDance-backed document collaboration app Shimo, admitted to “developing the project based on Notion.”

Hanzhou is known for his copy cat products. In a public statement, he explains that he did not mean to copy the service blatantly, but learn from the technology.

Update: On Tuesday — about 24 hours after its notice of the restriction — Notion confirmed with TechCrunch that it had been unblocked in most regions across the country and most of its users can still access their data, without elaborating on what was done to bring its service back. Tests by website performance tool Chinaz also showed that the tool was accessible in most provinces as of Tuesday morning.

LET's talk about it

Stay ahead of your competition

How retailer can conduct a self-, online marketing audit

The term marketing audit sounds daunting, big and unpopular. But, regular checks on the productivity of your marketing efforts helps to stay on track. In

E-mail and chat are a thing of the past. New forms of collaboration are taking over, quickly. They are being revolutionized by new digital collaboration techniques.

My first year at GANDT Ventures

Here it is… the milestone I thought was still months away. What can I say? Time over the past year has flown by.  It’s now